Lizzy's Diary: A Journey For Hope 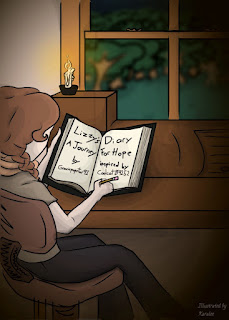 Hey Jammers! graciepopstar91 here with another story! This one is based off of a role-play me and my best friend CoolCat have been doing! The story is finished, but I'm writing a second story! Click here to view it.


Dedicated to Coolcat89252, for always supporting me when writing this, and for being my best friend. I couldn’t have written this without you.

Hi everyone! I’m Elizabeth Davis. Everyone calls me Lizzy though.
Anyways, in this story I’m go to well, going to tell you the story of my life. My incredible journey that I treasure.
Well.. Here’s how it goes.
I was a poor girl living in the village that the Kingdom family owned.
I lived with my Mom, Amanda, and my Father, Mark.
But one day, my Dad died from the flu. I was so thankful I never saw him die.. At the time I was at a sleepover with my friend.
I don’t know what I would have done, if I just saw him slowly dying..
We couldn’t afford any medicine to help him, though I knew we had some money in savings.
Amanda would not get the money out. At the time I had no idea why. Two years later Amanda turned well.. Mean.
So mean it was unbearable. I guess she was overwhelmed by the death of my father.
Because of that, a few weeks later, I ran as fast as I could to the Kingdom Family’s home.
Me and the King’s Daughter were best friends, so I knew I was always welcomed.
Well, I guess I knew I was welcomed because I have the key to their castle, which was a huge honor.
I ran up the stairs to my best friends bedroom.
Every piece of furniture in her room was pink. Princess was sitting on her pink bed that had a small stuffed bunny on it.
“Hi, Lizzy!” Princess exclaimed as I sat down on a chair next to her bed.
“Princess? I have a big favor to ask you.” I said with that mischievous smile only I could do.
“Sure!” My friend said with a smile.
Princess had a bright pink, Indian looking headdress on, and a pink dress on her.
“I need to move in with you.” I said very seriously.
“What?! You cant do that!” Princess said as she stood up in shock. I sighed.
“You don't understand.. My father died, and my Mom has been really mean to me lately. I wanna move out!” I said trying to sound sad.
“Elizabeth Davis! Your only 13! You cant move out!” Princess said putting her hands on her hips. I was getting annoyed. I really thought she would agree to that. My plan obviously failed.
“Fine. I guess you just don't care about me…” I said as I flashed a look of anger at her. I headed down the stairs, and back home. I had a plan.
As I headed back home, I saw a homeless boy who looked only 17 or so. He lowly smiled at me as if he knew me.
He was tall and had black-ish brown hair. He had a black shirt and blue jeans on.
For some reason, I felt as if I had seen him before. I shrugged and continued on my way to my cottage.
I opened the door and went across the hall to my room. I looked at my iPhone and saw it was 8 PM.
Before I set out, to put this plan that was cooking in my head into action, I decided to get some rest.
I lied down on my bed and slowly fell into a deep sleep. I woke up suddenly, and noticed it was now 11 PM.
I crept out of my room, out the door, and headed back to the Kingdom Family’s castle.
I slowly went up to Princess’s room and managed to pick up Princess. “Whoa.” I mumbled, as I almost lost my balance.
I was ‘attempting’ to switch places with Princess. After all, we did look quite similar.
Suddenly, Princess woke up and let out the loudest scream. I accidentally dropped her on the floor and plugged my ears. I laughed slightly, but was somewhat disappointed my plan didnt work.
And then, the worst thing happened.. The King came in Princess’s room, and chased me outside with a broom in his hand.
The King was in his pajamas, that had crowns on it. I couldn’t help but laugh.
I ran back home and was face to face with, Amanda. “What were you doing young lady?” Amanda asked with eyes wide. I cringed.
“I was um.. Saying hello to my friend!” I lied. Amanda looked at me strangely. She shook her head.
“Being out of the cottage at night, means extra chores, and hard work, you know.” Amanda said, still looking at me strangely.
“Yes Ma’am.” I said as I raced toward my bedroom. I slowly shut the door and sat down on my bed.
Not only did my plan not work, I had to do more chores, hard work, and worst of all, I made Amanda upset, which was never a good thing.
Tears swelled up in my eyes. “Nothing ever works out..” I said sobbing.
Suddenly, I heard something. It sounded like someone was opening the front door.
I peeked out of my door, and saw Amanda run out the door. She always wore a mysterious gray and white spiked collar on, but this time it was flashing.


What could she be doing? 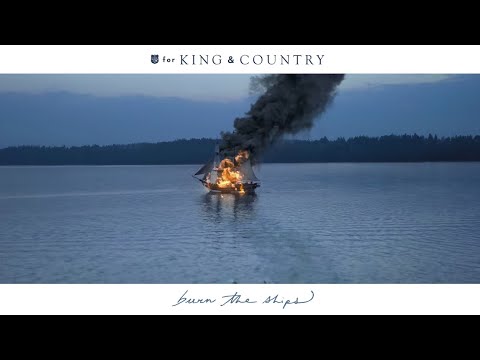 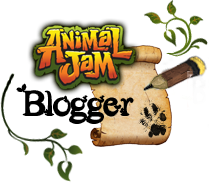